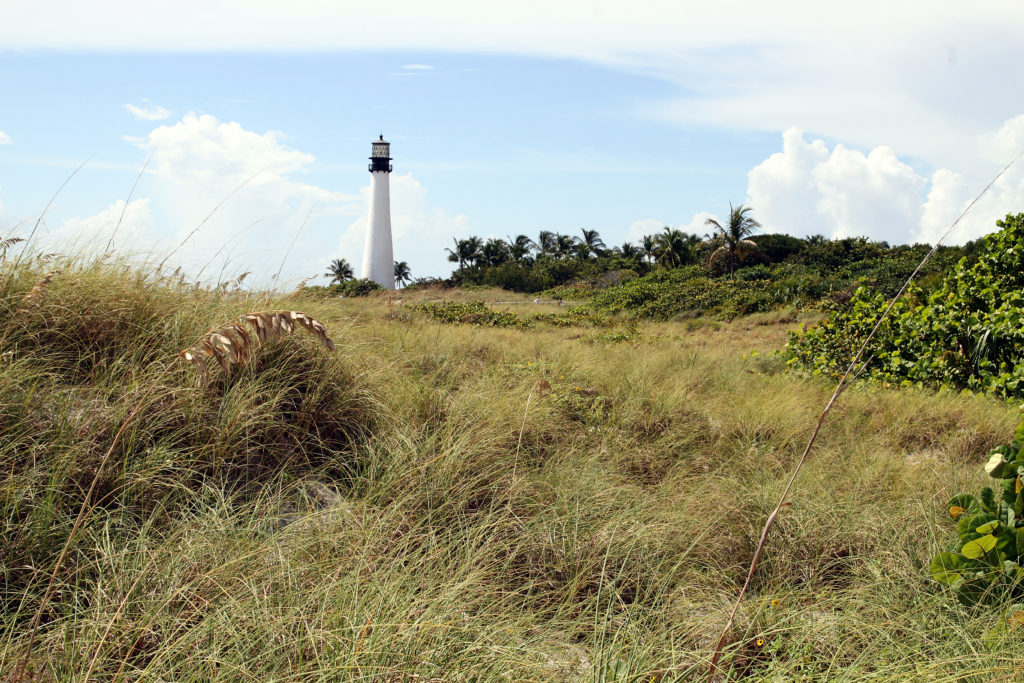 Driving across the Rickenbacker Causeway to Key Biscayne inspires so many feelings. Relief that I am NOT pedaling across on a bike, which I have done and is remarkably hard and an inspiring challenge. Delight at the view of Biscayne Bay, the size of the cruise ships at the port, and at the close proximity of the buildings along Brickell Avenue to the water. Serenity as Key Biscayne is truly apart from Miami and feels like a vacation from the everyday.  And, for two weeks each year, excitement, as the Miami Open roars into town and all manner of top ATP and WTA tennis players make their way to Crandon Park for epic matches with rivals new and old. 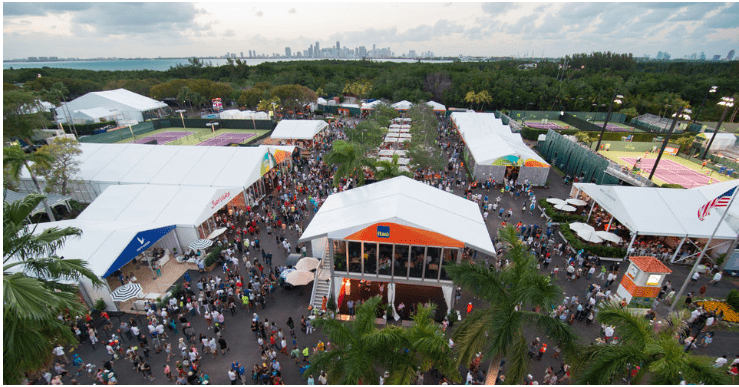 aerial view of Miami Open with Miami skyline in the background

Each year since we moved to Miami from Chicago in 2004, we have attended the Open.  We had the same seats in the H-300 section and we enjoyed matches featuring Andy Roddick, Roger Federer, Rafa Nadal, the Williams Sisters, Martina Hingis, Maria Sharapova, Victoria Azarenka, Novak Djokovic and Andy Murray.  The Saturday and Sunday finals under the blazing sun required frequent breaks for shade and hydration–but we were so thrilled to be there.  This year, instead of attending as a spectator, I experienced the Miami Open as a volunteer in player credentials.  Many of the same players–and lots of new ones–that I have watched over the years walked up to the counter to get their access passes for the tournament.  I met coaches, sisters, physios, and parents. 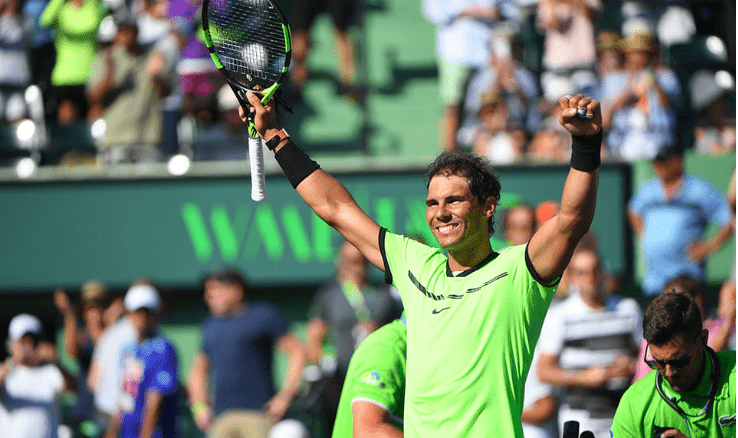 the one, the only rafa nadal!

Just as driving across the Causeway inspires so many emotions, as does the Miami Open.  It’s a special environment in a beautiful and serene setting.  That’s really the allure of Key Biscayne and the tournament. 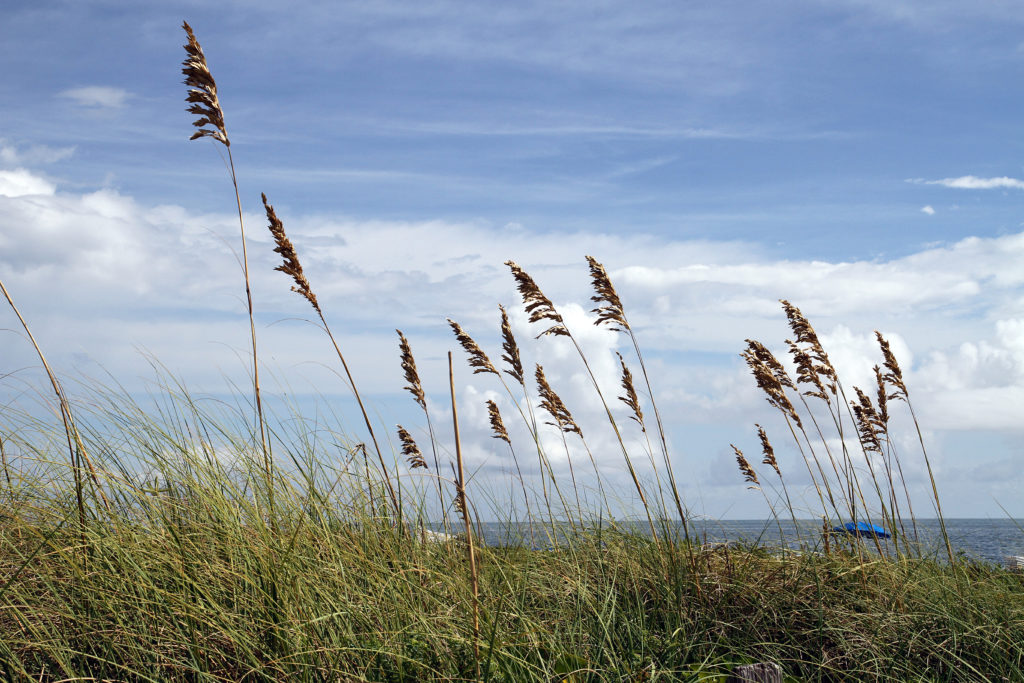 For the 50 weeks a year without the Miami Open, Key Biscayne offers gorgeous beaches with dunes and sea turtles, wonderful biking, a lighthouse, and destinations like The Ritz Carlton Key Biscayne that seem further away from Miami than a few miles across the Causeway.  And next year, I’m going to be a spectator again at the Miami Open–taking advantage of the serenity and excitement that can be found on Key Biscayne for two weeks each year.