Time for a new adventure… 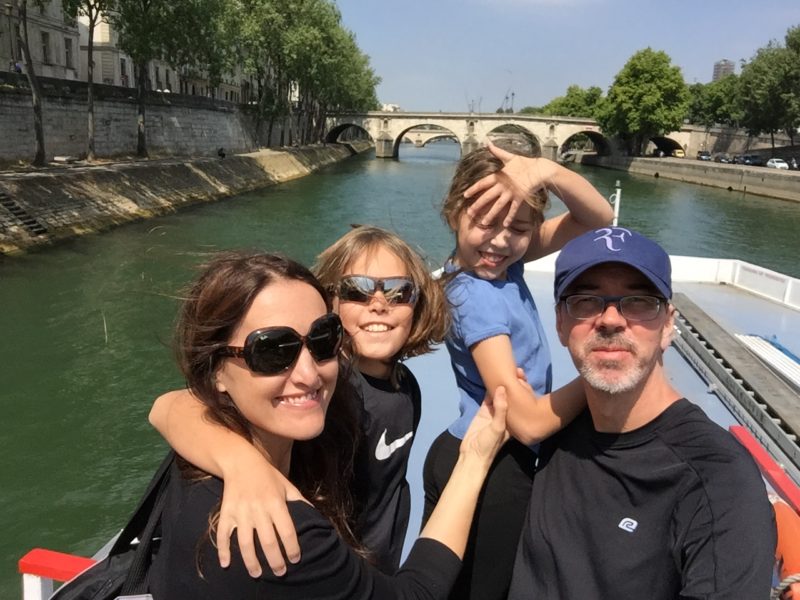 We are only staying three years, right?  Every trailing spouse/partner that has moved to a new place for the job opportunity of their husband, wife or partner, has asked a similar question.  I definitely asked it as we threw over our life in Chicago for a move to Miami back in 2004.  We visited a few times, and thanks to the rabid real estate environment that Spring, we bought a house within five minutes of my seeing it and without my husband, Tom, even walking through.

The first year always goes by quickly.  In the summer of 2004, the two of us, and our little house in the Gables were visited by Charley, Frances, Ivan, and Jeanne.  We put up and took down the metal shutters in the midst of the swampy summer whilst mosquitos chomped our skin and I hurled my guts out, as I was happily pregnant with our son, Tommy. In that first year, we found our grocery store and our doctors—made easier because Tom’s job is at a hospital!  Our baby showers were in Atlanta and Chicago because we really did not have any friends yet in Miami.  We were lonely, no doubt.

Early in the second year, we welcomed Tommy to our family and our lives got busier.  We were busy with diapers and bottles, visits to the pediatrician and walks around the block.  We ventured to Gymboree where I made my first Miami friends, Carmen and Melissa.  We had play dates, met at Einstein Bagels, and sang the Gymboree songs weekly.

In 2007, we welcomed our daughter, Lucy, with love. While I tried Gymboree again, the singing and clapping drove me completely mental and I decided I had to go back to work.

A couple of years earlier, in 2006, we literally won the pre-school lottery.Tommy was invited to be part of the first toddler class at the United Way Center for Excellence in Early Education (The Center).  That only happened because I attended the Hands On Miami Board Leadership Training in August 2006 where we heard lots of speakers, including my future boss, Harve Mogul, and a lady named Heather Normandin, who spoke about The Center.  As the mom of a young son (and being me), I ran up with lots of questions and offered to volunteer.  She said, in summary, she had more volunteers than she knew what to do with, but I should send her an email and she would let me know if Tommy could attend.

That only happened because I got involved with Hands on Miami when I moved to Miami in 2004, which only happened because Stefanie Cole Lenahan returned my phone call and admitted me to her TeamWorks program at Hands on Miami.  A decision she surely questioned as I spent the greater part of our service learning trip to some hammock somewhere vomiting instead of learning about preserving our environment.  Being three months pregnant is not a good time to go boating!

So, when I started looking for a job in 2008, Vanessa Benavides, one of the moms in Tommy’s class at The Center passed my resume to Claudia Grillo who hired me for my potential, in spite of the fact that I had no fundraising experience.

That job began an 11-year odyssey across the non-profit sector in Miami.  As an executive staff member at United Way, as a board member of the Greater Miami Chamber of Commerce, Philanthropy Miami, Goodwill Industries of South Florida, a founding partner of Social Venture Partners, the COO of Junior League of Miami, and as a consultant to institutions such as Miami Dade College Foundation, I have helped people find their best, give their best, be their best. And, I have found the best within me.

While I have not seen the film “Crazy, Rich Asians”, it’s on my list.  I recently read a profile of the movie’s star, Gemma Chan, and one of her comments really stuck with me: “It is a privilege to be able to take a chance. If you can, it is better to try and fail. Disappointment is temporary, but regret lasts forever.” She’s so right.

In 2004, we were privileged to be able to take a chance on Miami.  Three years turned into sixteen.  And now, we are privileged to be taking another chance. Opportunities in Miami led us to a very engaged life—time with civic-minded adults and organizations doing much good for many.  People and organizations that know more work remains, but it is a good fight.  Our kids, Tommy and Lucy, have had more than their fair share of being dragged to Junior League events, Feeding South Florida food packing sessions, Goodwill drop-offs, and Mount Sinai town halls.  They have gotten a civic education by osmosis.

They will now have the chance to do more.  Both have been accepted at The Paideia School in Atlanta.  They will be at the center of the conversation and the action.  They will take part in daylong events focused on race relations.  They will spend time on projects designed to address matters of inclusion. They will cover hard topics. They will face uncomfortable realities. Their involvement will rub off on us, and they will drag us to events related to the issues that matter to them.

So, after a decision-making process that went back and forth (and back and forth again), we are taking another chance.  We know that we are privileged to do so.  Not sure how it’s going to go.  That is thrilling—and terrifying.  If it turns out anywhere near as good as the chance we took on Miami, we will all be just fine.

One more...May the Fourth be with you. Tommy style

May the Fourth be with you, Tommy style.

May the Fourth be with you, Lucy style.

Once and always a baseball player.

This beauty will be featured in the next season of

This special one—822 Lullwater is Miss Daisy’s