The world according to John Stumpf 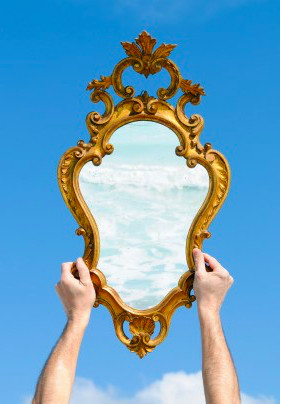 You may have heard about the fraudulent account scandal rocking Wells Fargo and the banking world. If not, consider that the scam was uncovered in 2013.  It was not until three years later that the last account was opened without customer consent.

According to the Chicago Tribune, “Managers constantly hound, berate, demean and threaten employees to meet these unreachable quotas. Managers often tell employees to do whatever it takes to reach their quotas. Employees who do not reach their quotas are often required to work hours beyond their typical work schedule without being compensated for that extra work time, and/or are threatened with termination.”

Mr. Stumpf, CEO and Chairman of the Board of Wells Fargo may have missed the trend toward transparency and authenticity. His testimony before the Senate Banking Committee on Tuesday was wooden, condescending and opaque. He had a bi-partisan group of Senators as well as every major cable outlet as his audience. He could have seized on this massive opportunity to redeem his brand. Americans in particular are notorious about giving people—and organizations—a second chance. And he whiffed it. Big time. He can be assured of more investigations, taking time away from the work that needs to be done to change the Wells Fargo culture that promoted this fraud and to winning back the trust of stunned customers.

A few highlights from his testimony:

Elizabeth Warren takes her job seriously. Regardless of your politics, she channeled the outrage demonstrated by the Senators from both parties as Mr. Stumpf failed to answer basic questions. You could almost hear George Bailey talking to Mr. Potter in It’s A Wonderful Life. She was informed and brave, a powerful combination. Beyond characterizing Mr. Stumpf as a “gutless leader”, she called him out when he failed to take responsibility: “You keep saying, ‘the board, the board’. You describe them like they are strangers you met in a dark alley. Mr. Stumpf, you are the chairman of the board.”

Bi-partisanship is possible if the enemy is shared. From Republican Senator Richard Shelby asking what accountability looks like to Democratic Senator Jeff Merkley calling for a Securities and Exchange Commission investigation, the Committee members were incredulous regardless of party affiliation.

Mr. Stumpf needs a dictionary. Mr. Stumpf said he was not a lawyer and did not know the specific definition of fraud. If more than 2,000,000 bogus accounts were created that is both a scam AND fraud, regardless of your occupation.

“Too big to fail” has been replaced with “Too big to manage”. If the CEO did not know that 1% of the workforce in one of his divisions was fired due to fraud, either he’s the wrong CEO or the company is too big.  Or he’s lying.

Now, the majority of Wells Fargo employees acts with integrity and serve their customers well, and the company is actively engaged in local communities, making a difference through that service. But that is not going to make the news right now.

According to the Edelman Trust Barometer, 69% of people trust businesses to keep pace with a changing world, while only 47% of people trust the government to do the same.  This consumer sentiment provides a compelling opportunity for brands/businesses to be agents of change—or at least to share their opinions and reveal their personality. When the issue is stonewalling, lack of clarity, brands and businesses can be ambassadors for transparency by owning what problems they may create in addition to the problems they solve.

So what should Mr. Stumpf do to regain the respect of his employees and customers, both of which need to identify with the Wells Fargo brand in order for the company to be successful?

Mr. Stumpf may do all of this and end up in front of another Senate Finance Committee anyway. He most certainly will lose back compensation anyway. Someone may end up in jail anyway. But he will begin the redemption of his brand. He will comfort worried employees and he may mollify disgruntled customers. My guess, he will get back some of his self-respect, too.

One more...May the Fourth be with you. Tommy style

May the Fourth be with you, Tommy style.

May the Fourth be with you, Lucy style.

Once and always a baseball player.

This beauty will be featured in the next season of

This special one—822 Lullwater is Miss Daisy’s

Just a few gorgeous houses on a Sunday afternoon w

From art to baseball to trips and lots of time wit

Today the little one that made me a mom turns 16.

On Wednesdays, we are celebrating our friends and

On this International Women's Day, we are going to

"We must have passion in life." -George Sand Toda

On Wednesdays, we celebrate our friends and collea