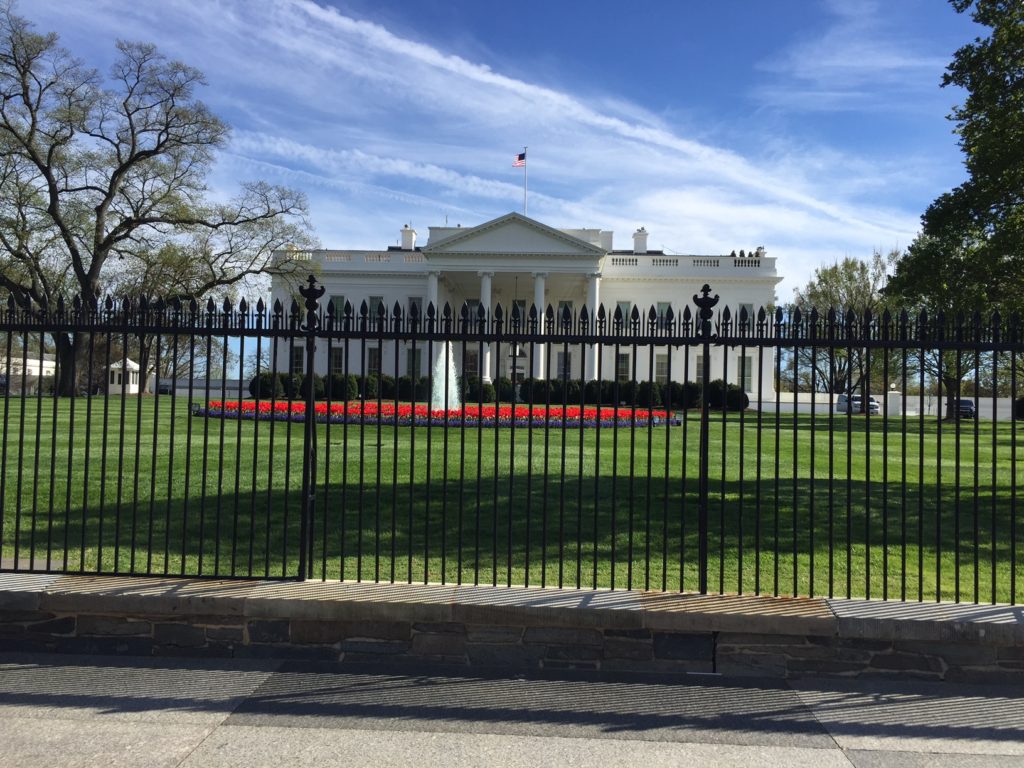 No matter the occupant, 1600 Pennsylvania Avenue is a sight to behold.  In 1791, George Washington selected the site and Irish-born architect, James Hoban, won the  competition for the design of “The People’s House”.  Construction timelines were long and the work was partially destroyed by fire in the War of 1812.  Our Presidents Monroe and Jackson were into home renovation, adding the South and North Porticos, respectively.

The biggest addition came courtesy of Theodore Roosevelt in 1902.  Investing $500,000, President Roosevelt and his wife, Edith, supervised the construction of the West Wing. The Roosevelts and their six children needed more living space than the White House afforded, pre-renovation, as the offices were located in the Residence.  The current Oval Office was constructed during President Taft’s term, and, today, the West Wing is connected via the Colonnade to The White House. Structural concerns during President Truman’s term, led to a near complete gutting of the White House with everything but the iconic outer walls dismantled.

Today, tourists from all over the world crowd into Lafayette Square to see the entrance to this spectacular 132-room, 28-fireplace home. And, according to the White House Office of the Curator, a fresh coat on the exterior would require 570 gallons of paint!