The championship title we can share with Serena, Novak and Roger 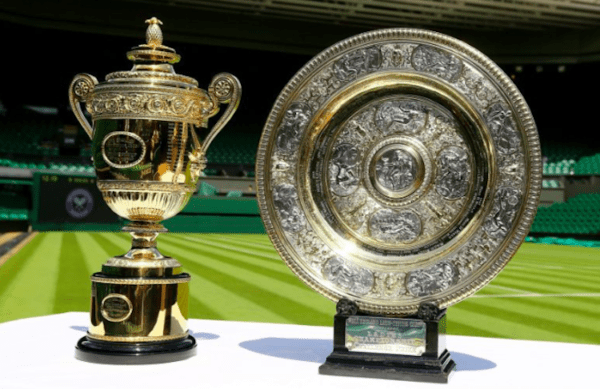 Sport brings people together with spectators living and dying for each point. As fans we are as superstitious as the players. In my family, we move around on the sofa, sing songs or do chants, and watch or don’t watch based on how our actions and movements appear to influence the field of play. In the last two Sundays, we have been treated to the outstanding performance by the United States women’s world cup team and to another gentleman’s final at Wimbledon between Novak Djokovic and Roger Federer. And of course, we saw Serena Williams win her 21st Grand Slam sending her on a trajectory to pass Steffi Graf and perhaps even the great Margaret Court.

Now, winning Wimbledon comes with a pretty sweet paycheck: $2.9 million. Given the lifetime prize money won by Serena Williams and Novak Djokovic, that’s a nice windfall but it will not change their lifestyles. So, I wonder what’s the chance that money will go to their charitable efforts. Each has made raising awareness and funds in support of education a priority.

Serena Williams has played a role in the work of several non-profits, the most visible of which has been her work as a UNICEF ambassador. And while on a trip in Africa, she was stunned to learn about the challenges families face in getting their children to school.  In response to the lack of access to education in Africa, the Serena Williams Foundation has been established with a first project to build a primary school in Kenya.

Novak Djokovic’s story is well known. Growing up in war-torn region formerly known as Yugoslavia where infrastructure was fragile or non-existent, he learned the game of tennis in an empty swimming pool. He calls his family an “inexhaustible engine of love and support” and wants to do what he can to strengthen families across Serbia, knowing what a difference his family has made in his life. The Novak Djokovic Foundation assists children impacted by the affects of war and provides access to early education—with an overall goal of changing lives of Serbian children for the better.

And while he lost in the gentlemen’s final {in spite of all of the hopeful prayers and chants in our Coral Gables living room}, its worth remarking on the good work of the Roger Federer Foundation. Deeply invested in educational equality in Africa, the Foundation aims to reduce the teacher-student ratio in countries that are particularly challenged in this regard: Malawi and Zambia. Their goal is to help a million children enjoy a better quality of education by 2018.

Most of us will never know the power and opportunity that comes with the title and the paycheck of a “Wimbledon Champion”. Nor will we need to establish our own named foundation. However, each one of us can be a little bit like Serena, Novak or Roger and be a philanthropist. Whether your means are massive or modest, consider the following options to make the difference in this world that you were meant to make.

Let’s derive some inspiration from what these top athletes do off the court in service of others. Let their good intentions motivate our own. Whether you learned to be charitable at home, created your own definition of service, or still need to find your own way, “Philanthropist” is a title that is accessible to all of us.