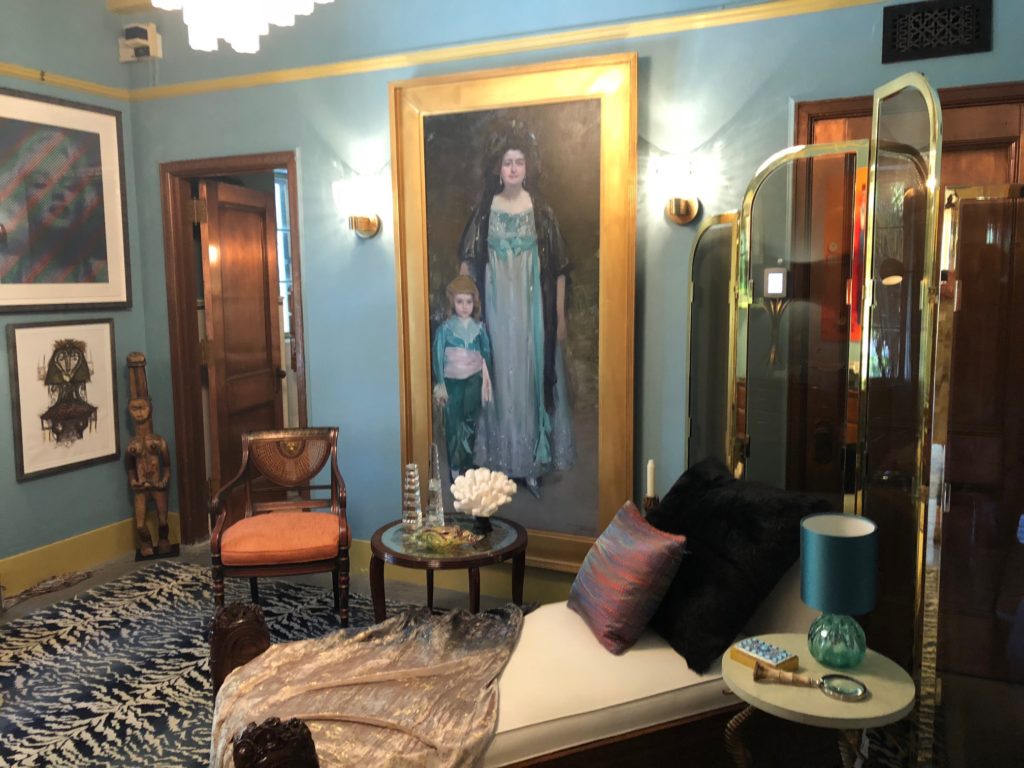 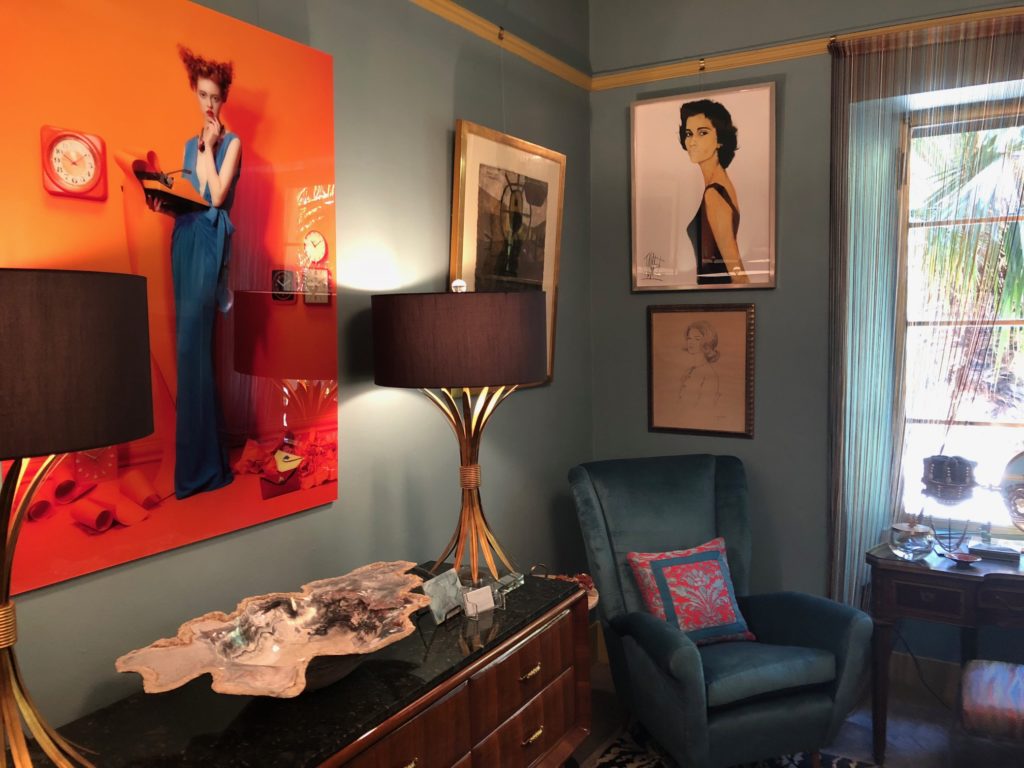 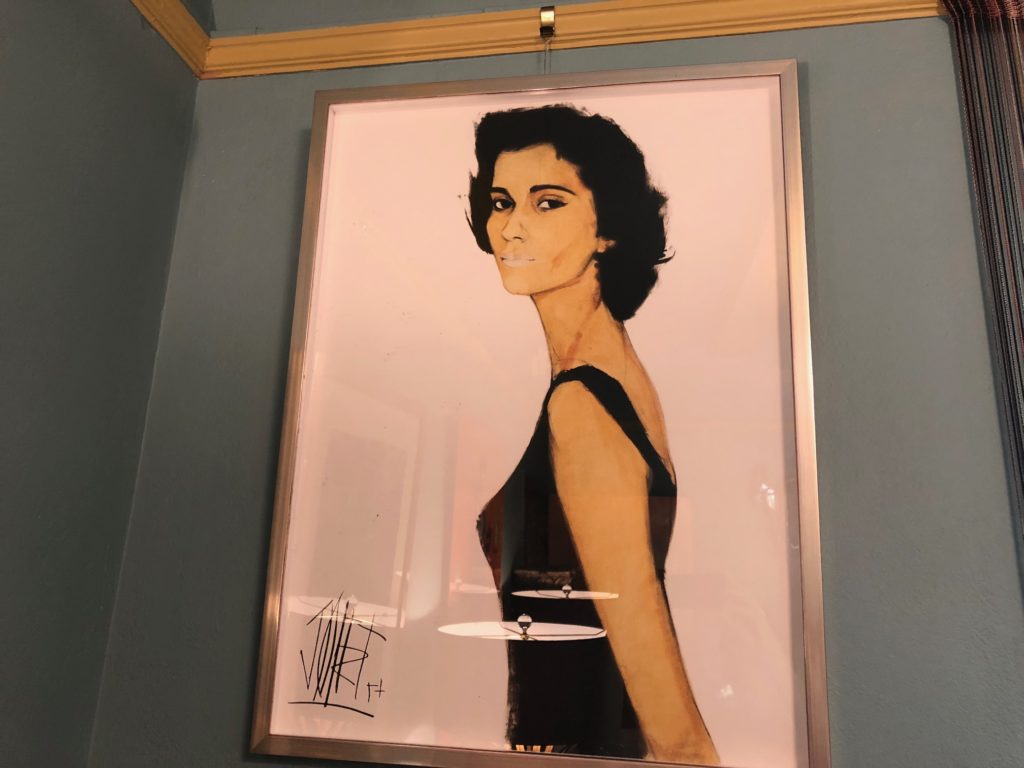 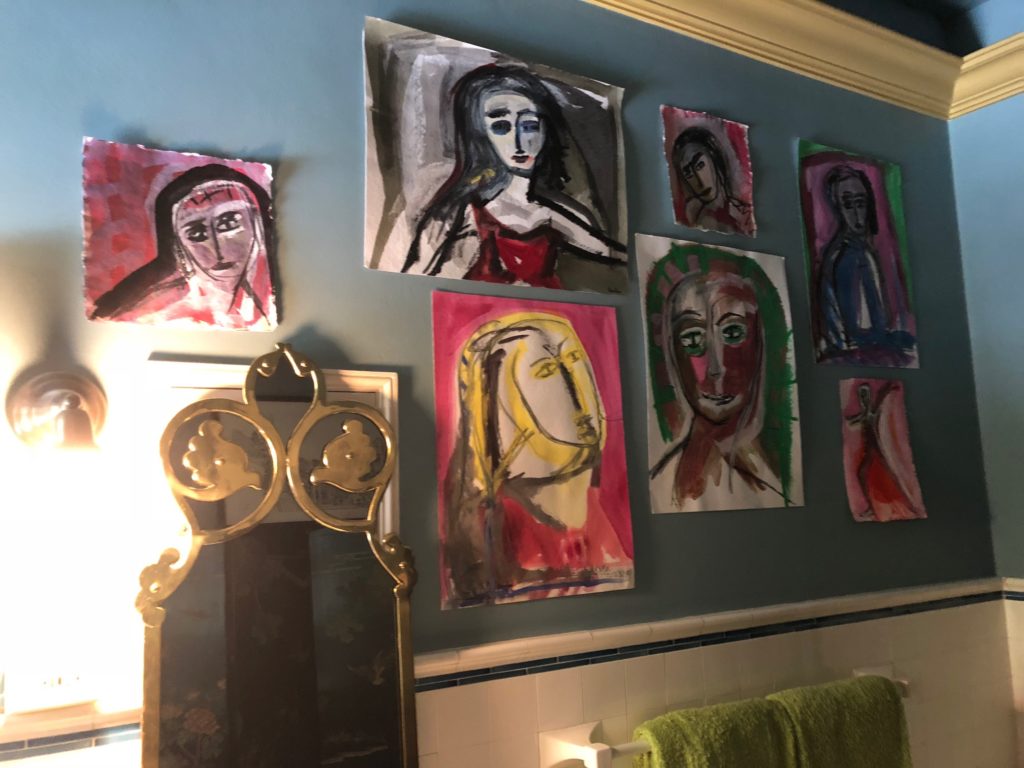 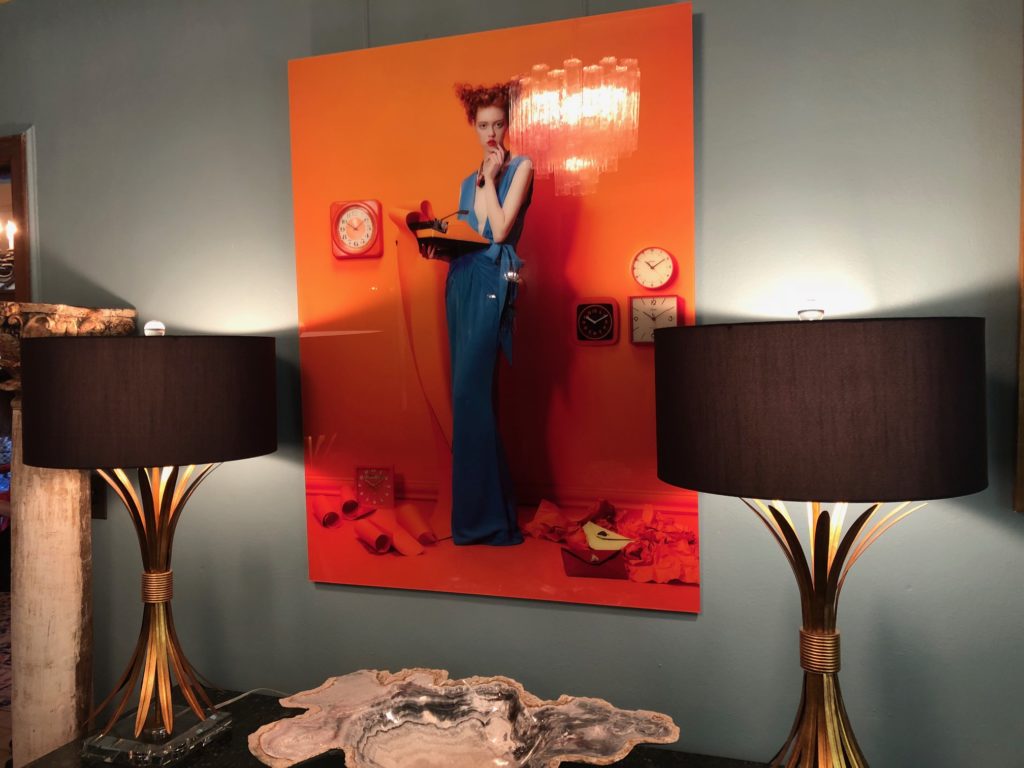 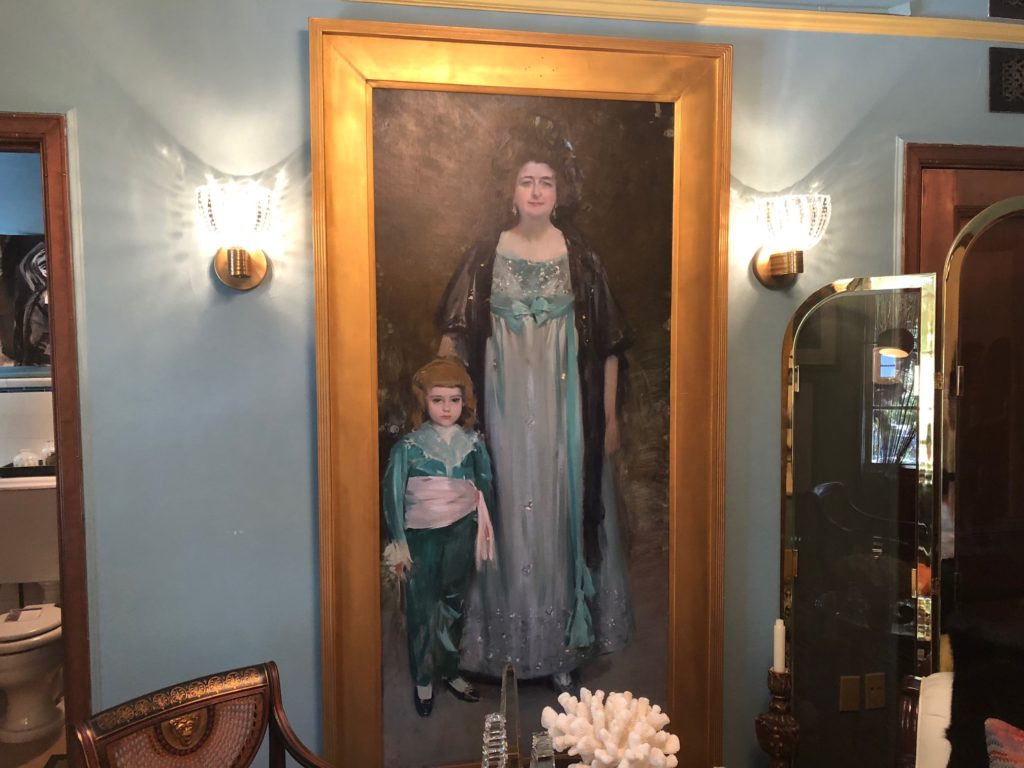 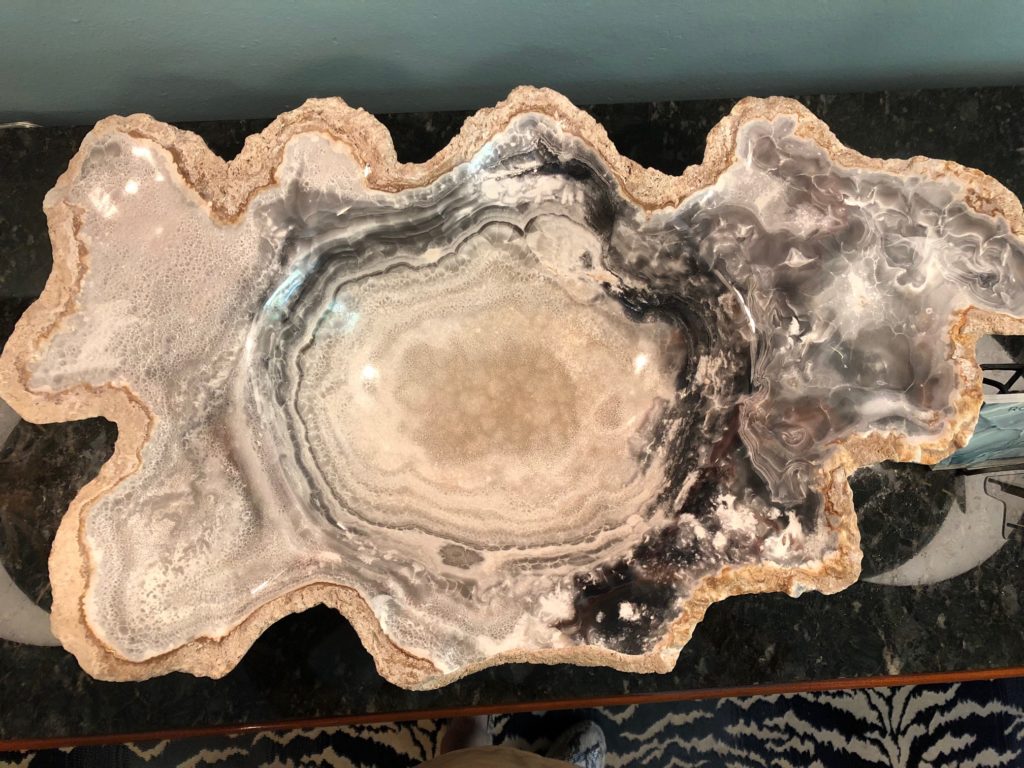 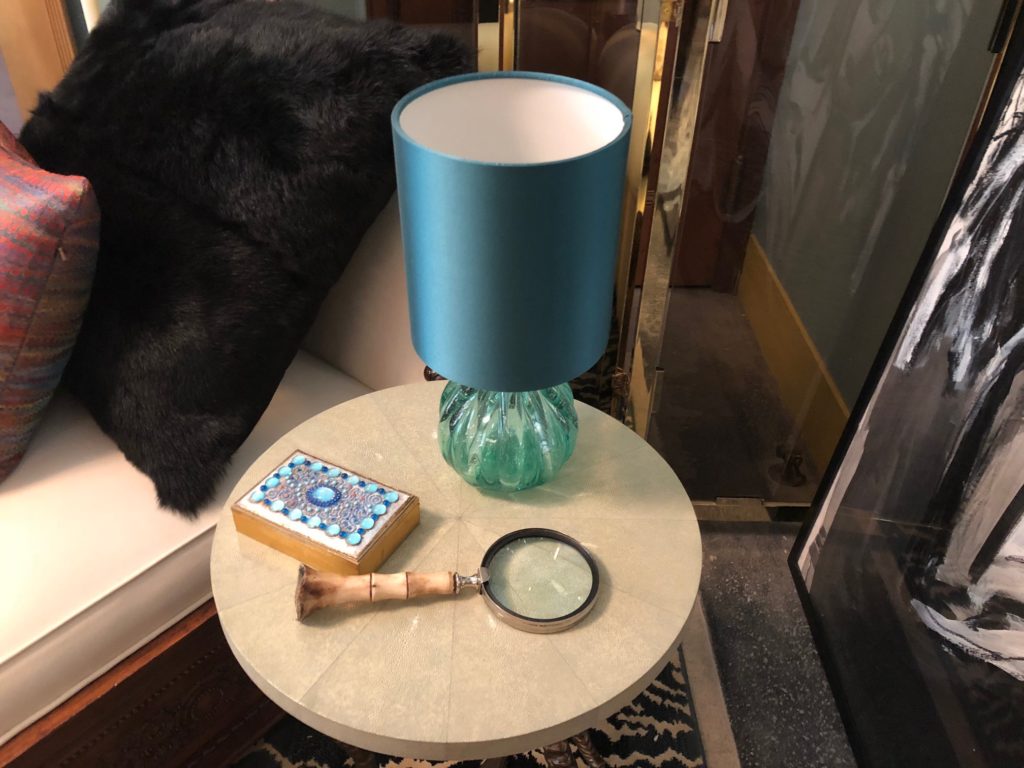 So, when a room designer looks like James Bond, it’s hard to know what to expect.  Junior League of Miami was honored that Robert Rionda consented to participate in the 2018 Showhouse.  One of our favorite participants from the 2016 Showhouse, Robert has an amazing ability to layer furnishings, art and decorative items in a way that defies imagination.

Taking on the guest room on the second floor of The Stone House at The Deering Estate, Robert brought an array of remarkable purveyors–Monica James, Christian Liaigre, Bonnin Ashley, ThreadCount, Stark Carpet, and Scalamandre–to the project.  The walls were painted in Jamestown Blue and the ceiling beams in Marblehead Gold, both by Benjamin Moore.

Blue was a prominent theme–that and all the women.  From oil paintings of a mother and child to a photograph of a gorgeous redhead in a turquoise dress, women ruled the roost in this guest room.  For a fundraiser run by a non-profit comprised entirely of women, to benefit survivors of domestic violence, women as a central theme was entirely perfect.