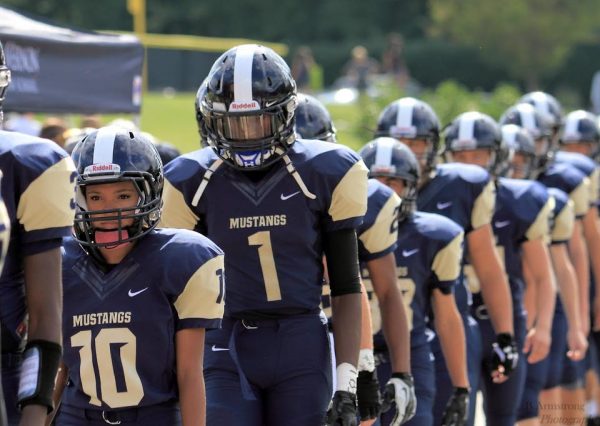 Each of us is surrounded by heroes. One of mine is Devon R. Morris

In 2000, she was a two-year old flower girl in my wedding. Today, in 2020, she’s a collegiate soccer player, a guest on ESPN’s Outside The Lines for her volunteer work coaching elementary soccer players, and a physical therapist in training. She is nothing short of amazing. And, I remain in awe of my dear friends, Marietta G Morris and Darrin Morris, who have raised a remarkable young woman and have encouraged her to fly.

Every football fan that spends Saturday mornings watching ESPN College Game Day was cheered when the story of Sarah Fuller aired last weekend. She was the first woman to take the football field and play for a Power Five school. Sarah suited up as the Vanderbilt football team’s placekicker mere weeks after winning the SEC Championship as a member of Vandy’s soccer team.

Before Sarah Fuller, there was the story of Devon Morris.

I’ve known Devon since before she was born. Her parents are amongst my dearest friends. Her Dad, Darrin, rushed from helping me close on the purchase of my first condo, to Piedmont Hospital where Devon was born in September of 1997. Her mom, Marietta, was a work colleague from the early 1990s that became my family.

So, Devon started playing soccer when she was small, progressing through travel teams with a growing passion and improving skills.

Fast forward to her junior year in high school. She’s a new kid at a new school and she jokes with one of the football coaches that their season is not going well and offers, “why don’t I come kick for y’all”. He took her up on that offer.

She worked harder than any of us can imagine. Five hours a day between soccer and football practices. That first season, her junior year, Devon’s unevolved head coach did not let her play. He was later fired, providing her another chance to earn the starting kicker position. Among her other accomplishments during her senior year as the starting kicker, she kicked a 42-yard field goal.

During the last game of her senior season, Devon took the field to make an onside kick and was tackled for the first time. After flying for what felt like ten yards, her injuries included a hip pointer, sprained ankle, sprained hand, sprained jaw, and torn TFCC – which is a triangular fibrocartilage complex, by the way. Those injuries actually inspired her to pursue her Masters degrees in Physical Therapy, which she began this fall, after playing four years of collegiate soccer and earning her Bachelor’s degree.

2020 is a year of high profile glass ceilings being shattered. Vice President-Elect Kamala Harris, Miami Marlins General Manager Kim Ng, Power-Five Football Player Sarah Fuller. While these stories have been heralded, glass ceilings have been shattered, quietly and at a personal cost in small towns and big cities all around us for decades.

Devon’s is one of these stories.

We are honored to tell it and encourage you to read it in her own words.

Devon and Sarah are examples to each of us—their lives are a proclamation of how badass it is to “Play Like A Girl”.