Making work a bit more like the US Open 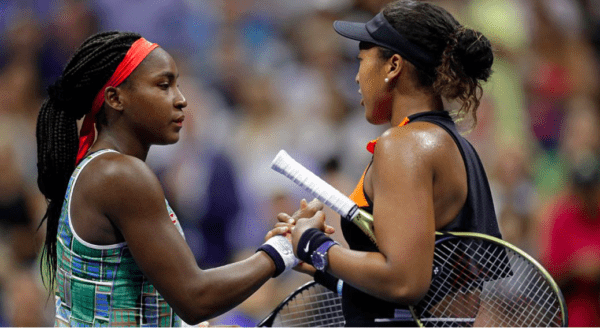 Most tennis fans are in recovery from the five hour slug fest that was yesterday’s Men’s Championship at the US Open. We either let our kids stay up too late watching…or we are just a bit emotionally drained from the roller coaster. And, others of us are saddened that Serena is still one Grand Slam title away from Margaret Court’s record.

This morning, I started thinking about how our workplaces could be like the US Open. Here’s my Top Ten:

10. We would each have the experience of our career highlights scrolling across a big screen, and we would look just as proud as Rafael Nadal looked as he watched the video depicting all 19 of his Grand Slam wins. 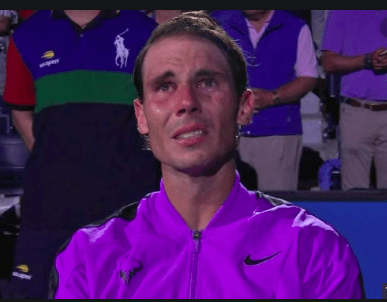 9. We would all get another chance when we made an ass of ourselves a la the clean slate that the NYC crowd gave Daniil Medvedev when he started playing better in the third set of the Men’s Championship.

8. We would all be just as generous in victory and defeat, just like Naomi Osaka and Coco Gauff were in their post-match interview after their third round match…and we would be as comfortable authentically sharing how much we cared and how much a project or opportunity meant to us as they were.

7. Random people we have never met would scream our name and jump up when we did something awesome…and cute, little kids would have a t-shirt that read “ I love {fill in your name}.”

6. We would hear about our long distance supporters doing superstitious things like standing in a certain place, eating a specific food, or otherwise acting crazy hoping that we did a great job at work.  {Not at all unlike my family as we tried to will Gael Monfils to beat Matteo Berrettini in their quarterfinal match.}

5. We could all bring our biggest fans to work each day…and they would get the best office.

3. We could all raise our hand and ask our colleagues to stop, just like Rafa when he raised his racquet…and an umpire would be on hand in case a client or colleague was behaving badly, or maybe taking too much time when they were making their presentation.

2. We would cheer so loudly for the mom returning to work that she could not help but feel welcome…and we would hire more women who took breaks mid-career.

1.We would know that the women, regardless of their race, would get paid just as much as the men in the office for doing the exact same job, because, of course that is only reasonable.

So, our workplace is probably not as amazing as the setting at the US Open.  Most of us will never earn nearly $4 million for five hours of work.  And, we likely will not have a fierce advocate like Billie Jean King making it her life’s work to make sure we can.

But, each of us can take responsibility for making our home away from home a bit more like the US Open by inviting the colleague returning from maternity leave to lunch, or ensuring that age- and gender-biases in hiring or promoting are eliminated.  We can offer a colleague a role on an interesting project, even if, and especially if, their last project went badly.  We can honor a long-tenured colleague with a slide show highlighting their best moments.

Don’t wait for a request or permission to do this. We each have the power to be advocates for the workplace culture we want.

What will you do?