Let’s Talk About Marching Forth 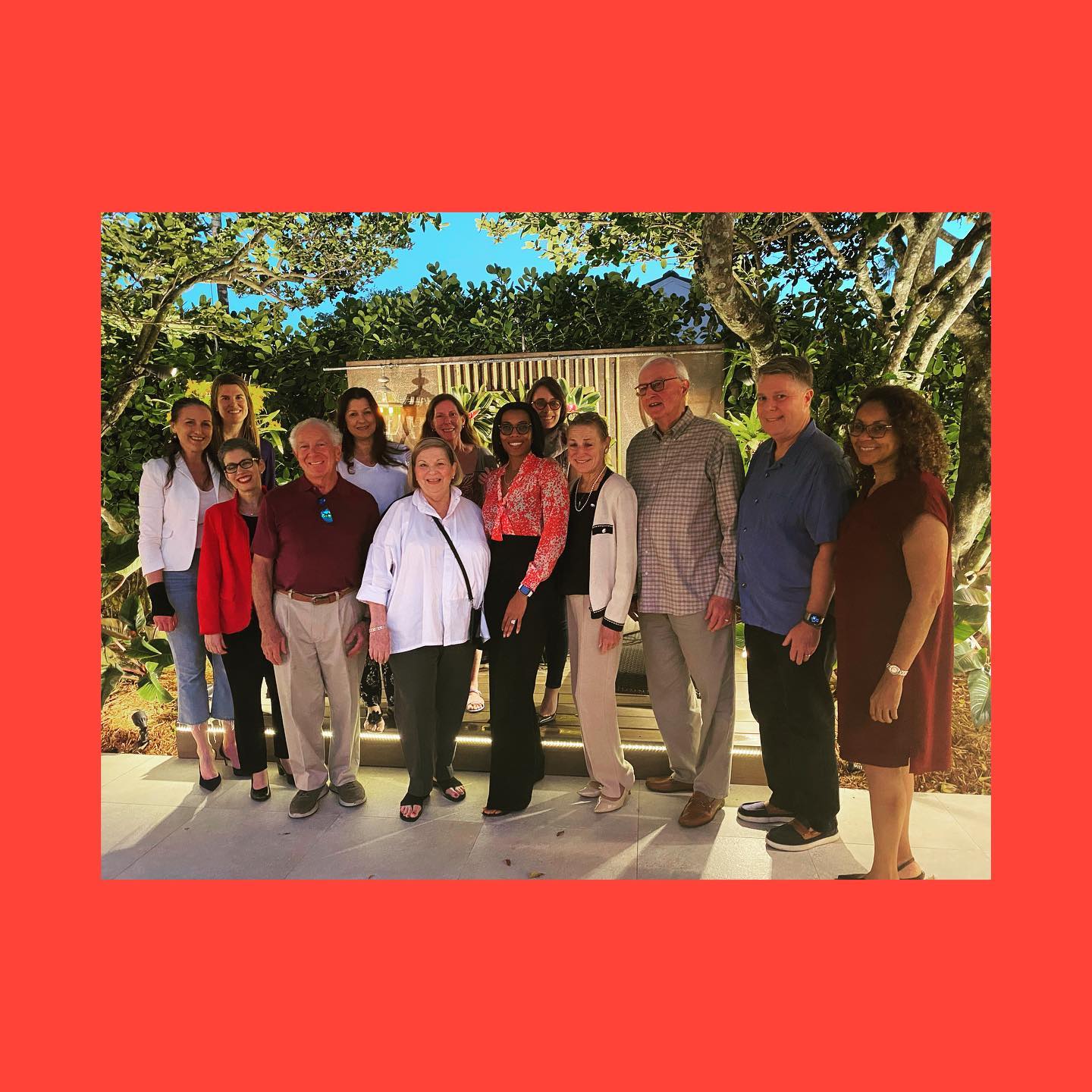 What a week! Getting back together with old and new colleagues at the Philanthropy Miami board retreat, plotting and planning to increase the capacity of nonprofit leaders in South Florida. Attending the “Sand in My Shoes” dinner with a lovely friend, Kitty Dumas from Ryder, and running into many others all in the spirit of honoring Miami legend, David Lawrence.  Starting new projects for a local museum and a distant community college and reconnecting with other clients about new projects ahead.

We are definitely “Marching Forth”.

We are both parents—and, specifically, Carla is the parent of a high school athlete with big dreams.  From nutrition to coaching to training to gear to logistics, parenting an athlete is next level.  And, as with anything, dedication to a higher-level goal involves discussions and thinking about mental conditioning.

We’ve found the Lebron James series on the Calm app to be phenomenal. And, in our efforts to help Tommy prepare, we’ve encountered the late Trevor Moawad’s teachings.

Trevor, who passed away in September 2021 at the age of 48, worked as the mental conditioning coach for sports dynasties like the University of Alabama football team to athletes at IMG in Bradenton, Florida, to NFL legend Russell Wilson.  While Carla read, “It Takes What it Takes”, to ground discussions with her son about the mental side of the game, there are simply so many of Trevor’s teachings that apply to business and to life. So many lessons about how to March Forth.

1. It Takes What It Takes
In the pursuit of any goal, as the title implies, getting anywhere takes whatever it takes.  Grounding yourself in that neutral thinking, avoiding feeling like something is “hard” or “unfair”, is essential to putting your head down and doing anything and everything that is required. Trevor writes about “the illusion of choice”.  If you want to get up and run 20 miles at 6 am tomorrow, you cannot make the choice tonight to drink five margaritas.  It may seem like a choice, but it is an illusion.

2. The Past Has NO Connection To Your Next Move
Contrary to popular belief, the past is not prologue. Trevor’s example is Russell Wilson’s late game response in the 2014 Seahawks’ NFC Championship against Aaron Rodgers and the Green Bay Packers.  Down 19-7 with five minutes remaining, after playing 55 minutes of subpar ball, Russell rallied his team to a victory, setting the Seahawks up for a return to the Super Bowl.  Any one of us, in any next moment, can do something differently than we have done for the past 55 minutes, 55 hours, or 55 years.  The only thing that matters is what we do next.

3. Don’t Say the Negative S&^* Out Loud
This was a primary objective when Trevor started working with Nick Saban and the University of Alabama football team.Trevor asserts that negative thinking is seven times more powerful than positive thinking and if we can avoid uttering negative assertions or accusations, we will be in a better position to decide what to do next. Hard to argue with the success that this approach has had when you consider the six national championship rings at ‘Bama under Saban’s leadership and Trevor’s mindset coaching.

4. A Neutral Mindset Is More Powerful Than Unearned Positivity
This is closely connected to the notion that our past does not define our future. Just as we often give far too much weight and waste far too much worry over what has happened before, we often believe that positive is the opposite of negative. From a mindset perspective, the opposite of negative is neutral. When we are thinking neutrally, we can decide our next move without the burden of emotion. And, when we are down in a game—or down in life—too much positivity can feel toxic. It can feel unearned. The best next move is the move that gets you closer to your goal, unencumbered by every move before it.

5. You Have To Be Willing To Take A Risk That Will Make You the G.O.A.T. or the Goat
Russell Wilson, again. This time, the throw. You know, the one that was intercepted by the Patriots on the last play of the game in Super Bowl XLIX. The play where everyone thought the Seahawks would run the ball. The coaches called and the quarterback executed the play that no one expected. They took a risk. One that ended in heartbreak for Seattle fans. Your choices may involve the risk of heartbreak, but they may also find you love, success, and meaning. Do not be afraid to make them.

6. Your Inner Voice Is The Loudest
What we each tell ourselves and the thoughts we allow to occupy the real estate in our minds are ten times more powerful than any external influence. Find your mantra. The list of the precious few behaviors that will get you to your goal. Dismiss the rest. This is your life. You are both the programmer and computer. You are the artist and the masterpiece.

There are so many more insights from “It Takes What It Takes” that we hope you will add it to your reading list.

We hope you will find neutral, remember it takes what it takes, and fashion yourself the masterpiece you envision.  On this March Fourth, we offer every encouragement to March Forth.